"Open the doors for Ukraine!": It was one of the quickest decisions we have ever taken: On 04.04.2022, we launched a campaign in Chernivtsi, Ukraine, for Ukraine's admission to the EU. Its president, Volodymir Selenskyj,

Imagine if We Were All Together

the Union of the Citizens of Europe.

What a Giant Step Forward.

but by ourselves, the citizens of this amazing continent.

Imagine if, from the beginning, it had not only been about issues like agriculture, the internal market and the customs union …

but above all about the creation of a lively transnational European democracy.

Imagine if, from the 1950s onwards, we had gradually learned to feel not first as Poles, French, Spaniards or Germans …

Imagine that if people hear the term “European Union” today, they wouldn’t think of “Brussels” …

but of 440 million fellow European citizens. 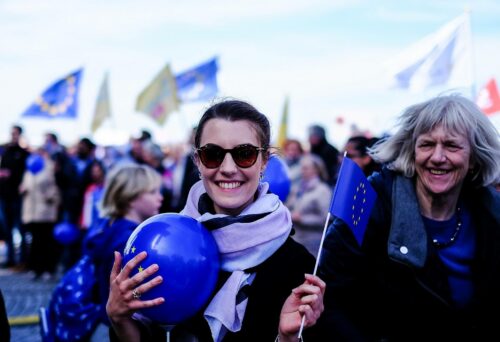 Then the EU would have been built on firm ground from the very beginning – and many of the doubts that plague the European project today would not exist.

Today, we are able to repair these initial flaws and finally turn the European Union into a vibrant European democracy that draws its power from the will of its citizens and not from the fluctuating interests of dozens of ever-changing national governments.

LET US LEAVE THE OLD “UNION OF THE PEOPLES OF EUROPE” BEHIND.

LET US OPEN A NEW CHAPTER:

THE UNION OF THE CITIZENS OF EUROPE.

The European treaties have already mapped out this path. Let’s simply follow it:

This Treaty marks a new stage in the process of creating an ever closer union among the peoples of Europe, …

Article 20 Treaty of the Functioning of the EU:

Citizenship of the Union is hereby established. Every person holding the nationality of a Member State shall be a citizen of the Union.

WHAT WE STAND FOR: RESOLUTE TRANSNATIONAL ACTION.

People often talk about the “United States of Europe” or the “European Republic”. This sounds like an unknown fruitful land on the other side of the ocean. No one has seen it yet. The question is:

Who will build the boat to get there and explore it?

Many of us trust our governments will lead us onto this path. But they won’t. It is true that Europe has grown closer over time – a lesson of two mad world wars. But this lesson is slowly fading away. Today we feel in many places that Europe is starting to fall apart again: migration crisis, financial crisis, Brexit, rule of law problems. Most governments are trying to keep their own little boat afloat.

If Europe is not to gamble away its own future, we can no longer rely on the 27. We will have to build the big boat ourselves:

We, the union of the citizens of Europe.

Only when we together muster the strength to consistently put our own governments on a European course through determined transnational action, instead of accepting that they pursue their “national interests”, will we be able to help the great European project achieve a breakthrough.

This is what we want to stand for: To resolutely expand the number, size and scope of transnational actions.

WHAT WE DO: EVERYTHING THAT WOULD MAKE TRANSNATIONAL ACTION POSSIBLE. 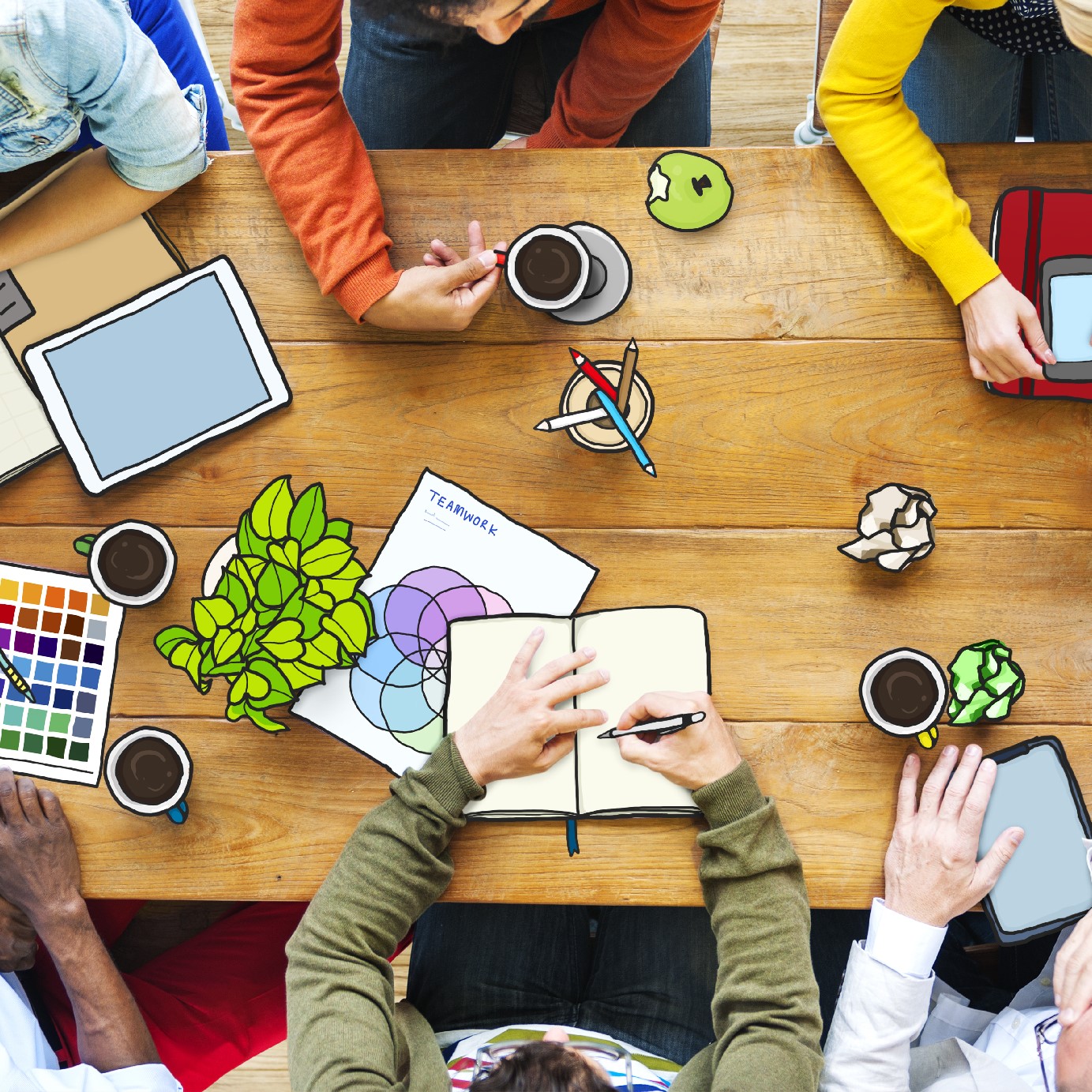 A union of the citizens of Europe needs European associations. 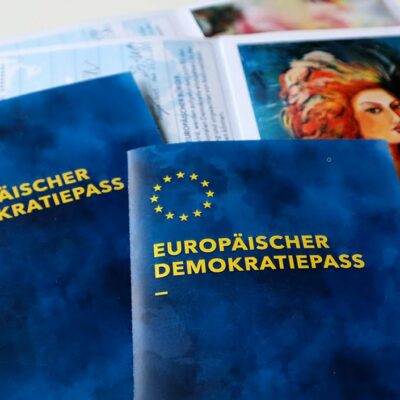 Has anyone ever seen real European passports? Certainly not. Our passports may bear the title “European Union” on their front side, but, actually, they are passports issued by our home governments. We issue “European democracy passports” by which everyone can declare herself or himself part of the union of the citizens of Europe. The highlight: each passport is originally designed by a European artist and is absolutely unique. 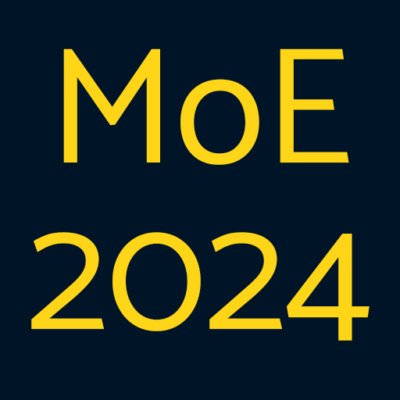 Is there actually a broad pro-European movement? People who show their colours as Europeans – and take to the streets, not just in one country, but simultaneously in many or all? If it is to endure, the European Union must never be a matter of cost-benefit calculation. We need to burn with passion for Europe, or it cannot be born. That is why we are launching the “March on Europe 2024” ahead of the 10th European elections which will lead us on eight trails to Strasbourg, the seat of the European Parliament.

is a group of European citizens from 25 different countries who want to put the citizen back into the democratic heart of Europe. In 2012, we founded We are Europe! e.V. (an association under German law) which, today, serves as one pillar of a whole number of We are Europe! associations across the EU, all together forming the pan-European WE ARE EUROPE! GROUP. You are a passionate European keen to turn the pale EU into a buyoant transnational democracy? Then you’ve got three ways to get involved: You can join us as a regular or a supporting member; you can subscribe to our newsletter; and you can of course get in touch with us directly by sending us a message or calling us on +49 211 9284 1165. We are looking forward to hearing from you!

We launched our initiative from scratch.
Will you help us? Thank you in advance

Ukraine deserves to be in the EU! The war against his country was four days old when Ukrainian President Volodymyr

Georgia's Prime Minister Irakli Garibashvili signed the application for his country to become an EU member on Thursday, 03 March